I was talking to Barb recently and she made such a good observation and suggestion for a post.  The term ‘hemiparesis’ means one-sided weakness.  Hemi = half and paresis = weakness.  After a stroke, you’re going to be described as hemiparetic.  But you’re not, not technically.  Not at first anyway.  It takes a while to become truly hemiparetic.  It doesn’t take long, but it doesn’t happen immediately after a stroke.  You see, a stroke is a brain injury, not a muscle injury.  A stroke doesn’t directly affect your muscles in the least.  It indirectly affects them by cutting off the signals to your muscles from the brain, but it doesn’t directly do anything at all to muscles.  So, at first, the term ‘hemiparesis’ really doesn’t apply.  Your muscles are still good.  It’s your brain that got all messed up, not your muscles.  After some time, those muscles that aren’t able to be used properly will atrophy and then you become truly hemiparetic.  But not at first.  A new word needs to be invented for that.

Some info for the tribe…..Long ago on my blog I used this picture…..

And to this I said life has not given me much water and sugar yet so my lemonade probably sucks.  But life has recently given me some sugar and water in the form of a boyfriend who is just as sarcastic as I am and will give me shit right back.  Here he is….. 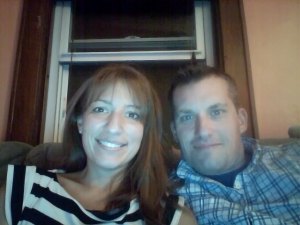 His name is Patrick.  But, just in case you still are getting tons of lemons and are at a loss as to what to do with them, Dean sent me this picture with what I think is a very good suggestion…..